A couple of days ago I wrote about a visit to Toronto in which I nearly fell off the CN Tower. Okay, not really. It just felt like I was going to fall off the CN Tower because evidently I’ve developed a hefty case of acrophobia in my middle-years.

While in the city, the Mr. and I spent hours roaming the Royal Ontario Museum – a magical, wondrous place I haven’t visited for years. It’s easy to get lost there. Lost in a physical sense, because besides my fear of heights, I also seem to be becoming navigationally challenged. Several times during our visit I wished that the building, though beautiful, had been designed in a one-way only fashion.

Anyway, it’s also easy to get lost in a philosophical sense. Working our way through the exhibits, my husband and I couldn’t help but feel a bit dumbstruck at the tiny amount of space and time we occupy in this wide, wide world. It’s astonishing to be able to contemplate the dents in medieval-era English wooden furniture, or the paper-thin skin of a 3000 year-old Egyptian mummy, or the limitless variety of shapes and colours of naturally occurring rocks and minerals, many of which take millions of years to form under the most rare and specific conditions. Culturally, learning a little about what life was like for medieval society in Europe, or Canada’s First Peoples, or the victims of the Holocaust, is very humbling.

The exhibit titled The Evidence Room explores “the chilling role architecture played in constructing Auschwitz.” There are blueprints, plaster casts, and reconstructions of areas of this death factory, presented as evidence that Auschwitz-Birkenau was constructed with the purpose of committing genocide. It is heartbreaking. Oh, how very cruel we can be to one another.

On one wall in the gallery is this excerpt from Auschwitz and After, a memoir by French prisoner Charlotte Delbo:

You who are passing by
I beg you
Do something
Learn a dance step
Something to justify your existence
Something that gives you the right
To be dressed in your skin in your body hair
Learn to walk and to laugh
Because it would be too senseless
After all
For so many to have died
While you live
Doing nothing with your life.

Let that sink in for a while.

Our little problems seem so insignificant compared to what nature and humanity have faced during Earth’s existence. My acrophobia, for example. SMALL POTATOES.

But it wasn’t all so heavy. There was much beauty to note. I took it easy on the photo-making, since I wanted to be fully present for the browsing experience (and there was a LOT to see), but here are a few shots:

Ancient Roman marble sculptures, with youthful, idealized features (ideal, except for the lack of irises, in my opinion). 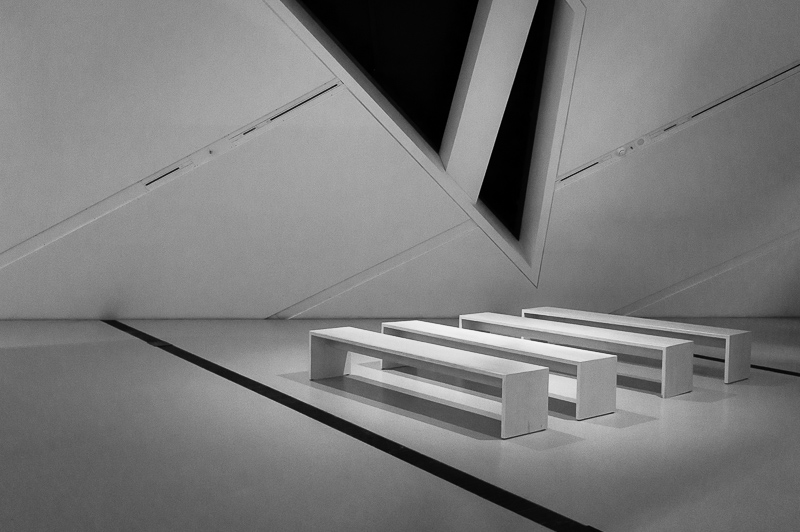 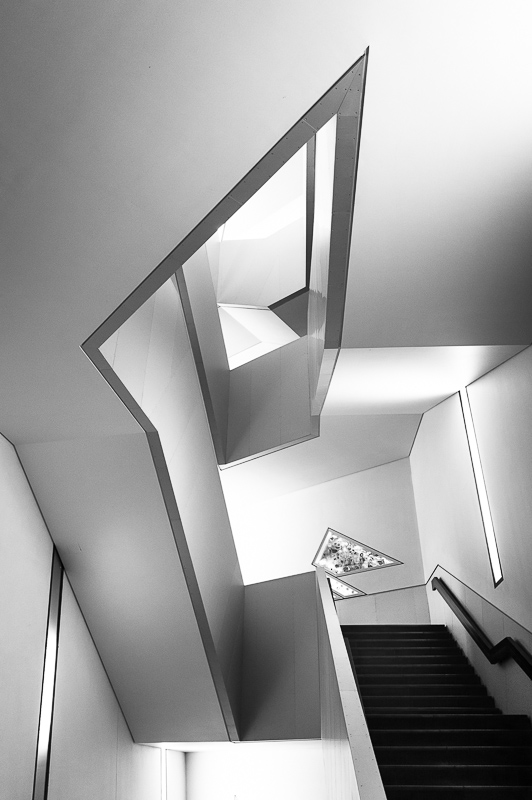 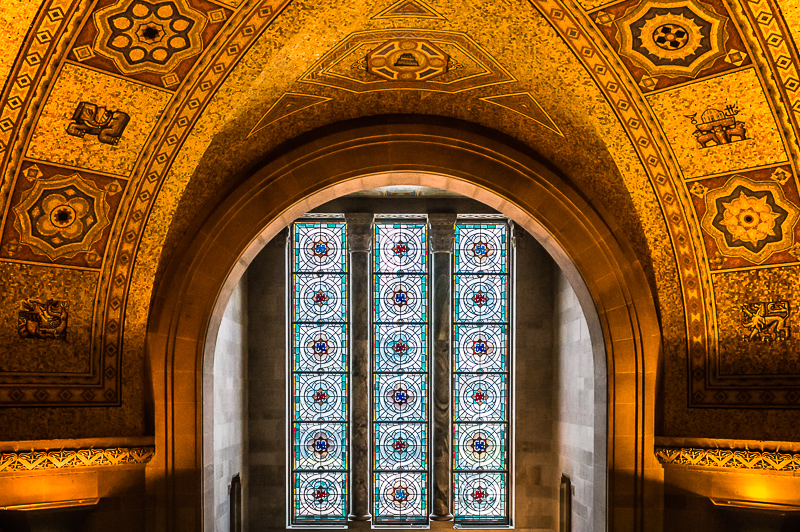 The Rotunda – a golden mosaic-domed ceiling of more than a million pieces of Venetian glass. Plus, a nice window.

Some minerals look so fantastical and unreal. I forgot to note the name of this spiky crystal one, but I like the way the lights of the display case shine in the background.

A through-the-hole-in-the-wall portrait of a guy trying not to look like his wife just asked him to pose for a portrait. 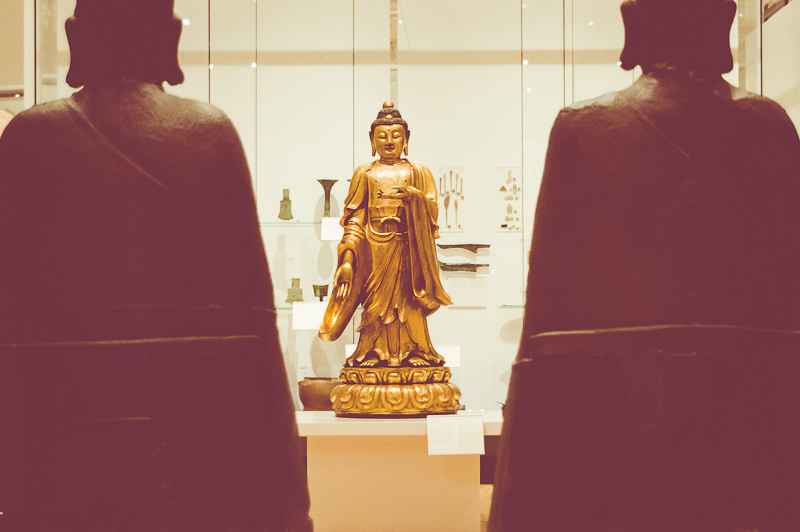 Golden grace in the Matthews Family Court of Chinese Sculpture.

I highly recommend this world-class museum. You’ll probably walk out of there feeling a little bit smarter, with an appreciation of artistry, a new sense of perspective, and a boggled mind. Not bad for the price of admission.